A Commentary On The… 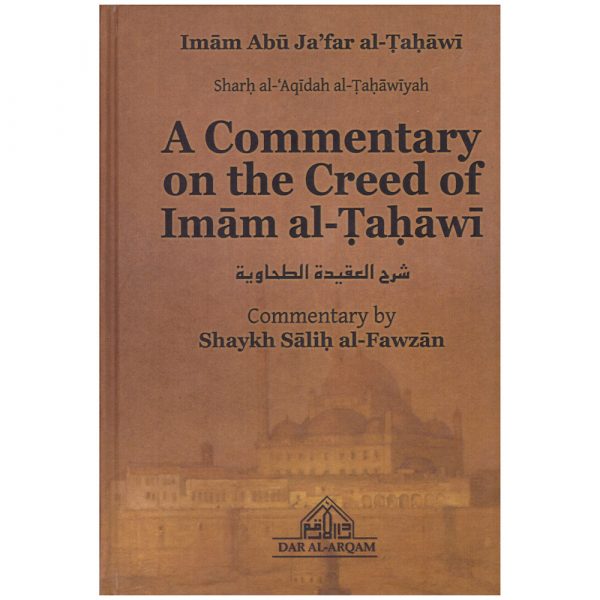 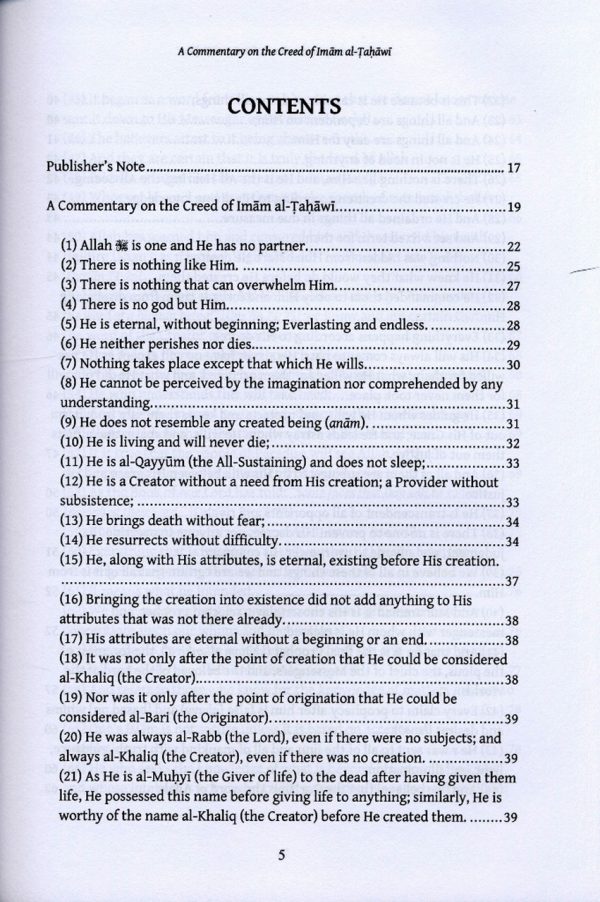 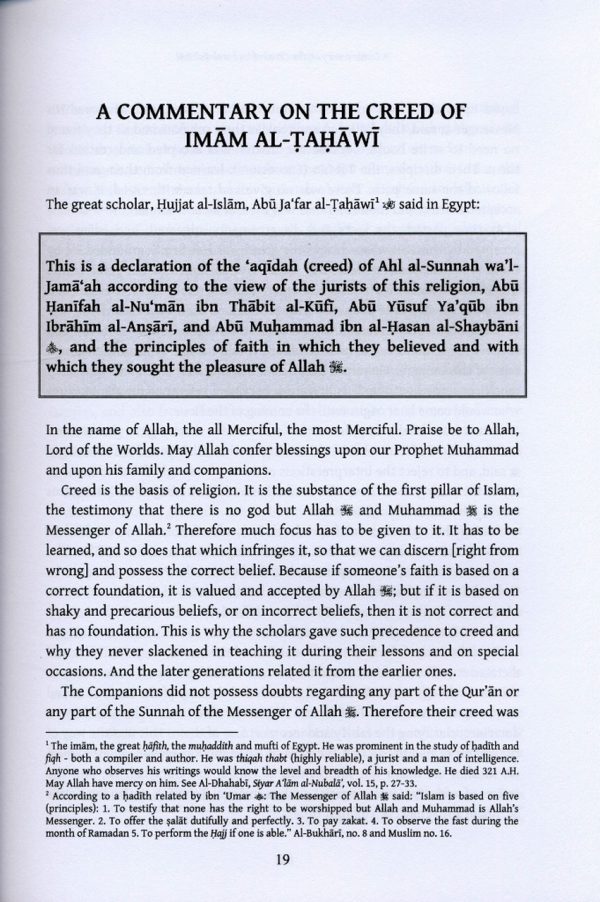 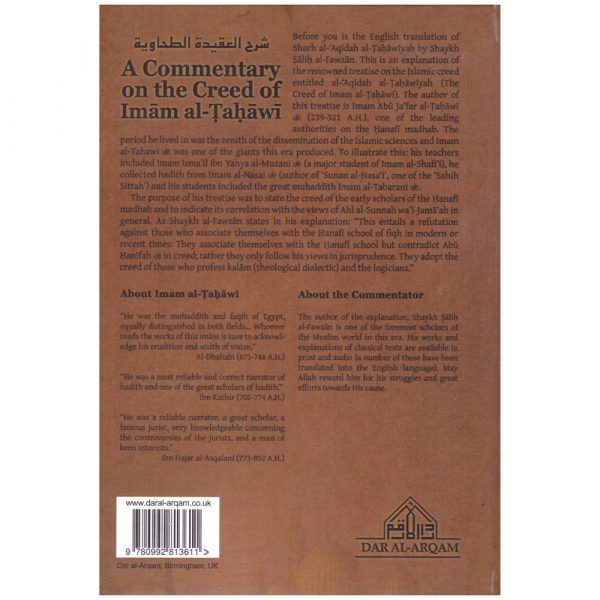 A commentary by Shaykh Salih al-Fawzan on al-Aqidah al-Tahawiyyah, the most widely acclaimed and accepted work on the creed of Ahlus Sunnah wal-Jama’ah. Before you is the English translation of Sharh al-‘Aqidah al-Tahawiyah by Shaykh Salih al-Fawzan. This is an explanation of the renowned treatise on the Islamic creed entitled al-‘Aqidah al-Tahawiyah (The Creed of Imam al-Tahawi). The author of this treatise is Imam Abu Ja‘far al-Tahawi (239-321 A.H.), one of the leading authorities on the Hanafī madhab. The period Imam al-Tahawi lived in was the zenith of the dissemination of the Islamic sciences and he was just one of the giants that this era produced. To illustrate this: his teachers included Imām Isma’il ibn Yahya al-Muzani (a major student of Imām al-Shāfiī), those he collected hadith from included Imām al-Nasai (author of ‘Sunan al-Nasai’, one of the ‘Sahih Sittah’) and his students included the great muhaddith Imām al-Tabarani. The purpose of his treatise was to state the creed of the early scholars of the Hanafī madhab and to indicate its correlation with the views of Ahl al-Sunnah wa’l-Jamā‘ah in general. As Shaykh al-Fawzan states in his explanation: “This entails a refutation against those who associate themselves with the Hanafī school of fiqh in modern or recent times: They associate themselves with the Hanafī school but contradict Imam Abū Hanīfah in creed; rather they only follow his views in jurisprudence. They adopt the creed of those who profess kalām (theological dialectic) and the logicians.