A Commentary on Zad… 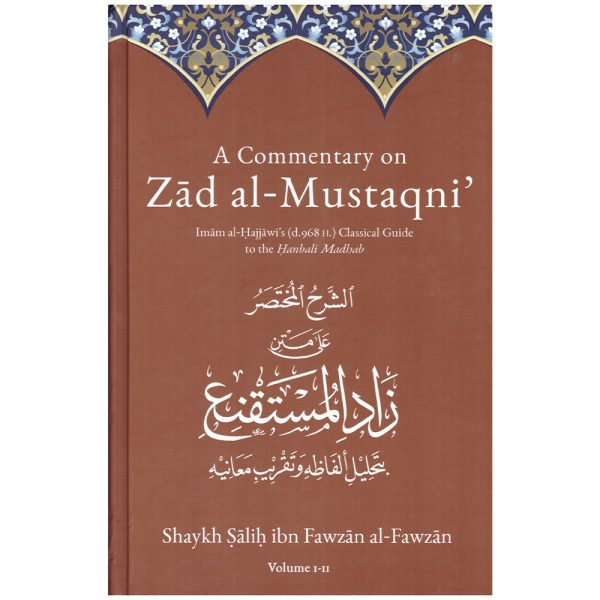 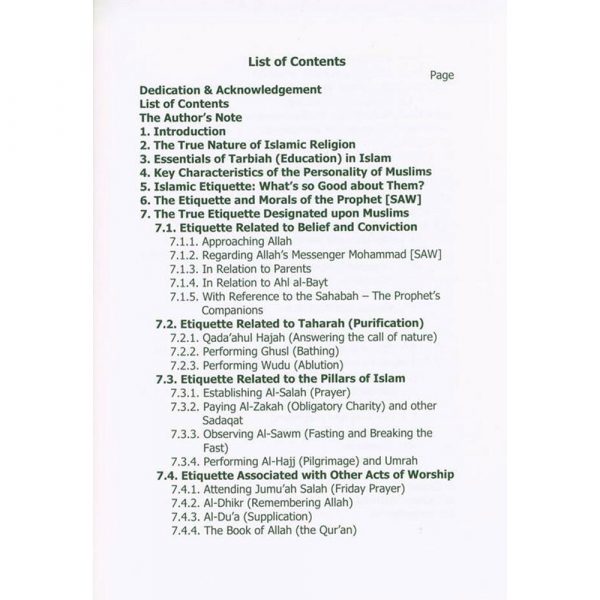 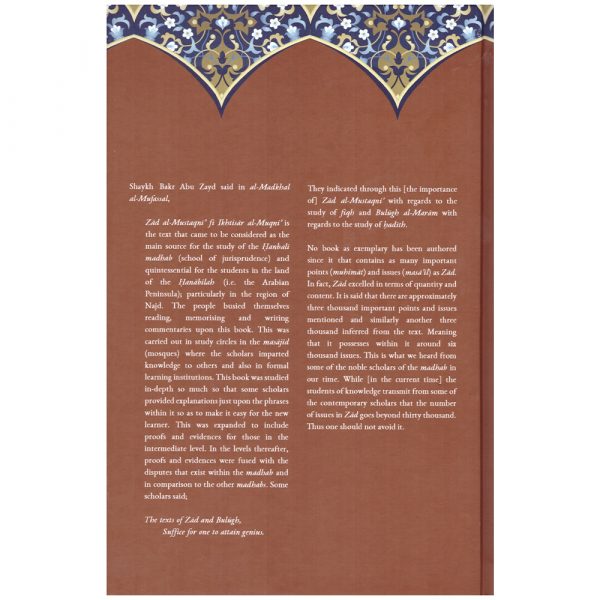 Zād al-Mustaqnī’ fī Ikhtisār al-Muqni’ is the text that came to be considered as the main source for the study of the Hanbalī madhab (school of jurisprudence) and quintessential for the students in the land of the Hanābilah (i.e. the Arabian Peninsula); particularly in the region of Najd. The people busied themselves reading, memorising and writing commentaries upon this book. This was carried out in study circles in the masājid where the scholars imparted knowledge to others and also in formal learning institutions. This book was studied in-depth so much so that some scholars provided explanations just upon the phrases within it so as to make it easy for the new learner. This was expanded to include proofs and evidences for those in the intermediate level. In the levels thereafter, proofs and evidences were fused with the disputes that exist within the madhab and in comparison to the other madhabs. Some scholars said:
The texts of Zād and Bulūgh,
Suffice for one to attain genius.
They indicated through this [the importance of] Zād al-Mustaqni’ with regards to the study of fiqh and Bulūgh al-Marām with regards to the study of hadīth.
No book as exemplary has been authored since it that contains as many important points (muhimāt) and issues (masā’il) as Zād. In fact, Zād excelled in terms of quantity and content. It is said that there are approximately three thousand important points and issues mentioned and similarly another three thousand inferred from the text. Meaning that it possesses within it around six thousand issues.
This is what we heard from some of the noble scholars of the madhab in our time. While [in the current time] the students of knowledge transmit from some of the contemporary scholars that the number of issues in Zād goes beyond thirty thousand. Thus one should not avoid it.