Commentary On Kitab At… 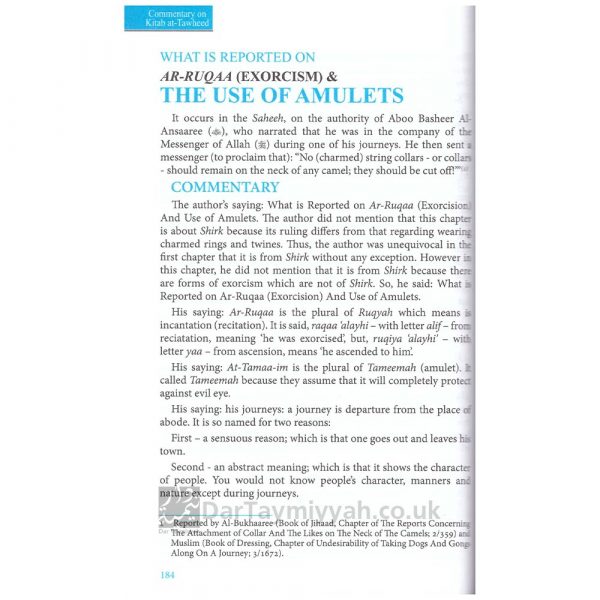 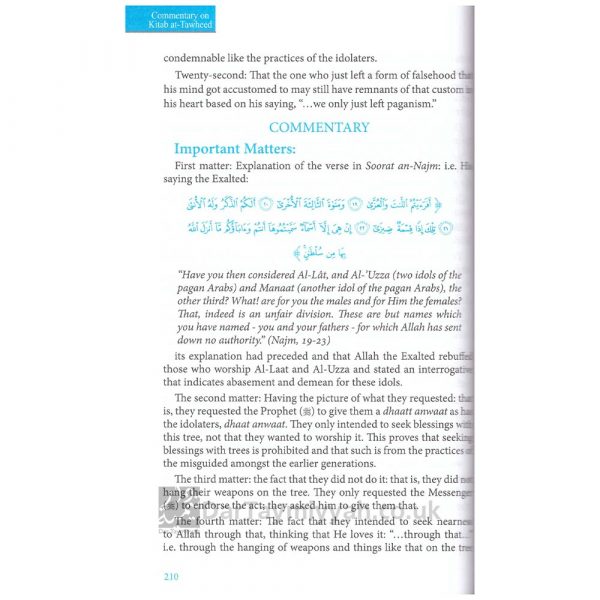 This is a monumental commentary on the Kitab At-Tawheed by the late shaikh Muhammad al-Uthaymeen. Singling out ALLAH The Mighty and Sublime in his Ruboobiyyah (lordship), Uloohiyyah (regarding worship) and His Asmaa Wa-sifaat (names and Attributes) forms the mainstay of the subject of Tawheed. Kitaab at-Tawheed by Shaykh al-Islam, Muhammed bin Abdul-Wahhab bin Sulaymaan At Tameemee, covers the various broader aspects of Tawheed, What it means? The stipulation from the Quran and Authentic Sunnah in-order for an individuals Tawheed to be sound.The matters that absolutely contradict a person’s Tawheed rendering it null and void.The things that only affect its strength causing it to be weak and feeble. In his usual, clear, investigative, analytic approach the eminent scholar, Shaykh Muhammed bin Saalih Al-Uthaymeen explained Kitaab at-Tawheed. The title of the Arabic explanation by the shaykh is Al Qawl Al Mufeed Alaa Kitaab at-Tawheed. Kitab at Tawheed written by Shaykh Muhammad ibn Abdul Wahab. It is an excellent and comprehensive book. It illuminates to the reader the light of tawheed the Oneness of ALLAH tawheed, the very foundation of this deen, the single most important concept and the purpose behind our creation. In a Hadith collected in both Sahih al Bukhari and Sahih Musim Abu Hurairah said “I have loved the people of the tribe of Banu Tamim, ever since I heard three things the Messenger of ALLAH – صلی الله علیهِ وآله وسلم – said about them. I heard him saying: “these people (of the tribe of Banu Tamim) would stand firm against the Dajjaal (Anti Christ).” When the Saddaqat (Donations for Charity in Islam) from that tribe came, the Messenger of ALLAH -peace be upon him- said: “these are the Saddaqat (charitable gifts) of our folk.” A’ishah had a slave girl from that tribe, and the Prophet said to A’ishah, “Manumit her as she is a descendant of Ismaa’eel, peace be upon him