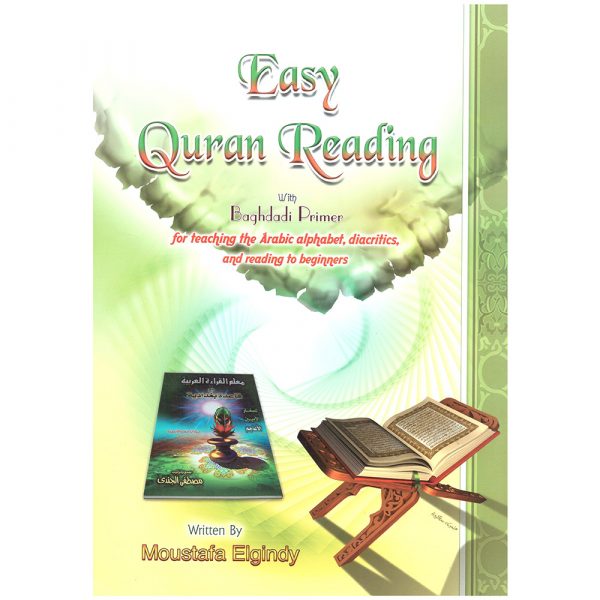 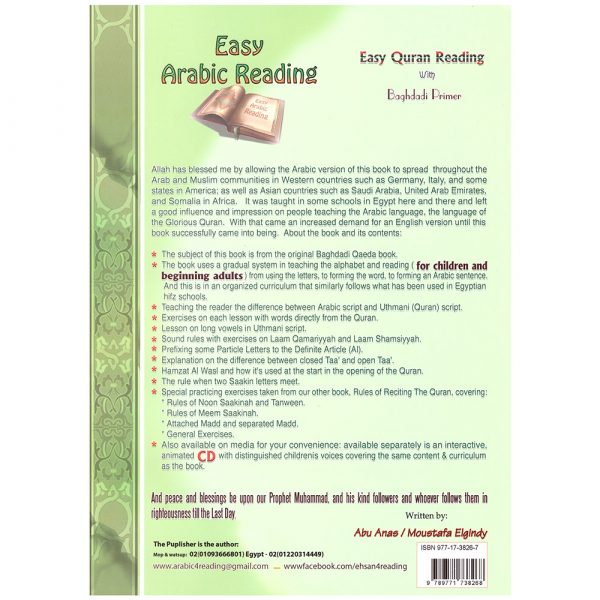 Excellent comprehensive book to learn how to read easily the Arabic language for absolute beginners.

The Arabic version of this book has spread throughout the Arab and Muslim communities in Western countries including America, Germany, and Italy, as well as Asian countries including Saudi Arabia, United Arab Emirates, and Somalia in Africa. It was taught in some schools in Egypt here and there and left a good influence and impression on people teaching the Arabic language, the language of the Glorious Qur’an. With that came an increased demand for an English version until this book successfully came into being.

About the book and its contents: