Paragons of the Qur’an… 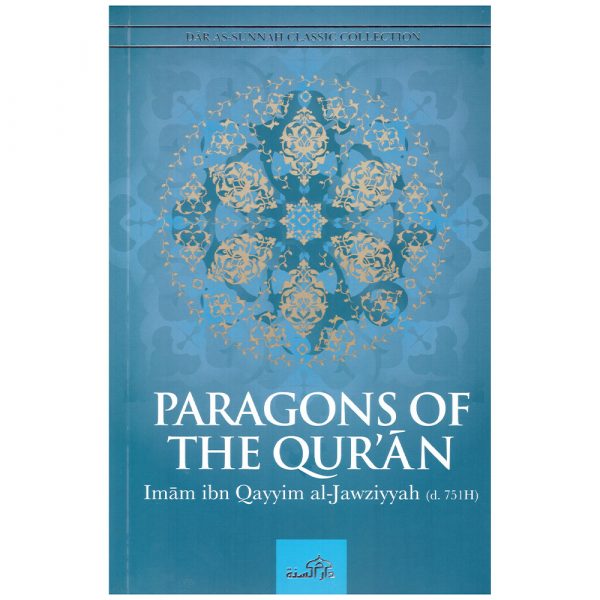 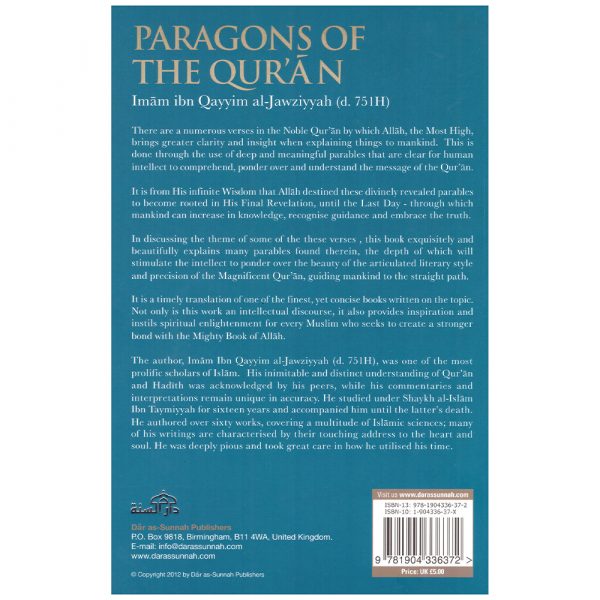 There are a numerous verses in the Noble Qur’an by which Allah, the Most High brings greater clarity and insight when explaining things to mankind, This is done through the use of deep and meaningful parables that are clear for human intellect to comprehend, ponder over and understand the message of the Qur’an.

It is from His infinite Wisdom that Allah destined these divinely revealed parable to become rooted in His Final Revelation, until the Last Day through which mankind can increase in knowledge, recognise guidance and embrace the truth. In discussing the theme of some of the these verses, this book exquisitely and beautifully explains many parables found therein, the depth of which will stimulate the intellect to ponder over the beauty of the articulated literary style and precision of the Magnificent Qur’an, guiding mankind to the straight path.

It is a timely translation of one of the finest, yet concise books written on the topic. Not only is this work an intellectual discourse, it also provides inspiration and instils spiritual enlightenment for every Muslim who seeks to create a stronger bond with the Mighty Book of Allah. The author, Imam Ibn Qayyim al-Jawziyyah (d. 751 H), was one of the most prolific scholars of Islam, His inimitable and distinct understanding of Qur’an and Hadith was acknowledged by his peers, while his commentaries and interpretations remain unique in accuracy, He studied under Shaykh al-lslam Ibn Taymiyyah for sixteen years and accompanied him until the latter’s death He authored over sixty works, covering a multitude of Islamic sciences; many of his writings are characterised by their touching address to the heart and soul. He was deeply pious and took great care in how he utilised his time.