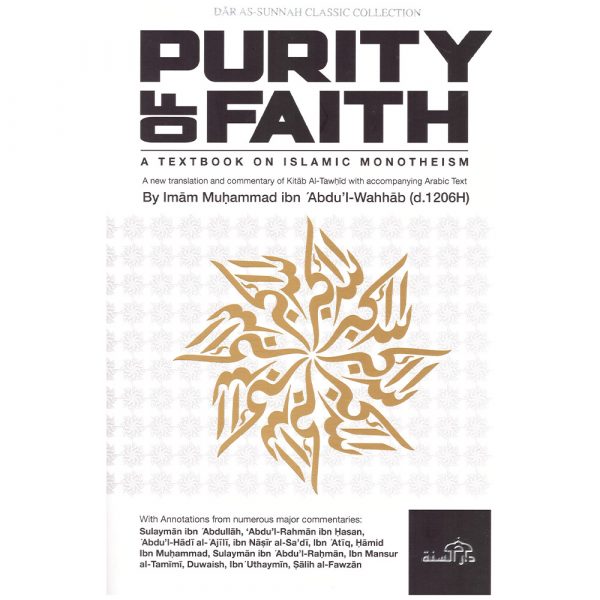 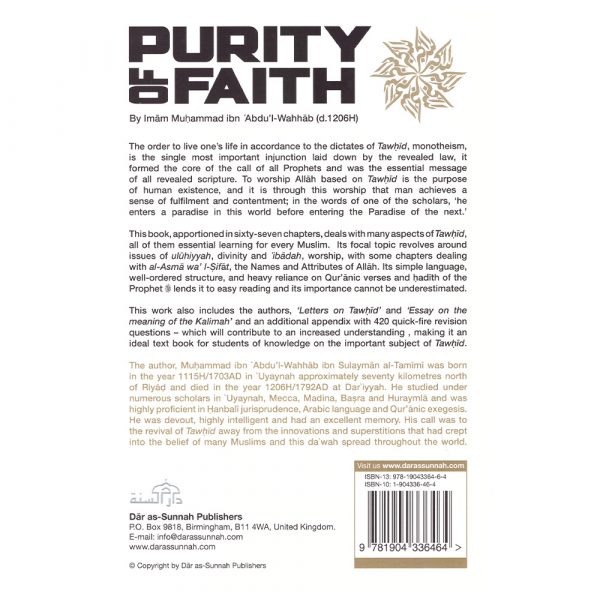 A new translation and commentary of Kitab at-Tawhid. The order to live one’s life in accordance to the dictates of Tawhid, monotheism, is the single most important injunction laid down by the revealed law, it formed the core of the call of all Prophets and was the essential message of all revealed scripture. To worship Allah based on Tawhid is the purpose of human existence, and it is through this worship that man achieves a sense of fulfilment and contentment; in the words of one of the scholars, ‘he enters a paradise in this world before entering the Paradise of the next.

’This book, apportioned in sixty-seven chapters, deals with many aspects of Tawhid, all of them essential learning for any Muslim. Its focal topic revolves around issues of ulùhiyyah, divinity and `ibadah, worship, with some chapters dealing with al-Asmm wa’l-Sifat, the Names and Attributes of Allah. Its simple language, well-ordered structure, and heavy reliance on Qur’anic verses and Hadith of the Prophet (Peace and blessing of Allah be upon him) lends it to easy reading and its importance cannot be underestimated.

Kitab al-Tawhid is a landmark work analysing orthodox Islamic monotheism. Since it was authored it has received a great deal of attention, a large number of commentaries,  and has been translated into over twenty languages. Relevant as it was then, it remains relevant today and Muslims are in dire need of reading it, studying it and teaching it.

This book contains annotations taken from 15 major commentaries   All major criticisms against the book by its antagonists are addressed.  All Ahadith and narrations are critically analysed and referenced.