Secrets Within the Order… 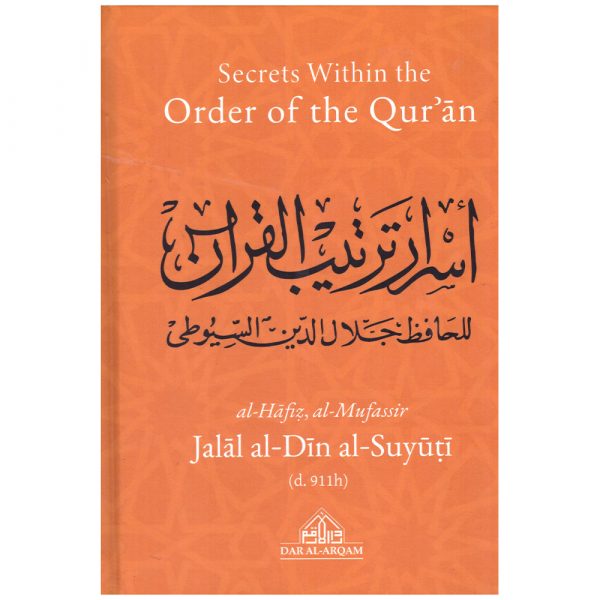 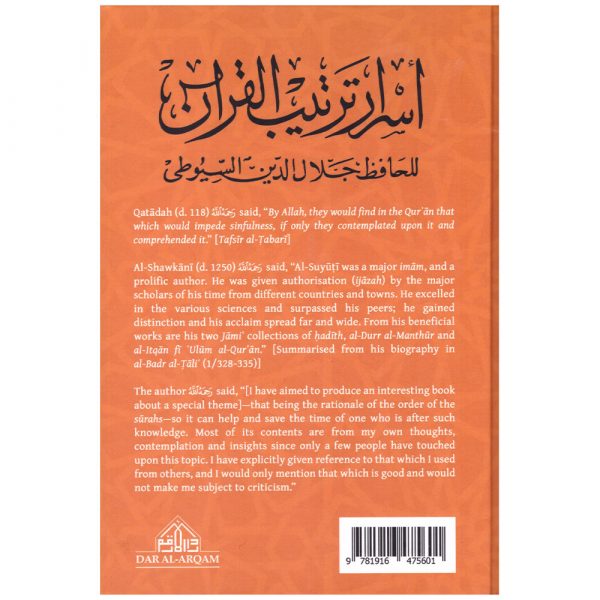 Secrets Within the Order of the Quran – Jalal al-Din al-Suyuti (d.911h)

Secrets Wothin the Order of the Qur’an
by Jalal al-Din al-Suyuti (d.911h)

This unique book displays the genius of al-Suyūṭī in exegesis of the Qurʾān. Through his deep reflection and knowledge of the Qurʾān and its related sciences, he provides insights into why its chapters are ordered so and unveils intricacies to the reader which could only have been unearthed by one possessing such mastery and genius. The author states at many junctures within the book that he is displaying his reflections to the reader, so one is given the opportunity through this intimate writing style to ponder over the Qurʾān from the perspective of a true tafsīr master.

Qatādah (d. 118) said, “By Allah, they would find in the Qurʾān that which would impede sinfulness, if only they contemplated upon it and comprehended it.” [Tafsīr al-Ṭabarī]

Al-Shawkānī (d. 1250) said, “Al-Suyūṭī was a major imām, and a prolific author. He was given authorisation (ijāzah) by the major scholars of his time from different countries and towns. He excelled in the various sciences and surpassed his peers; he gained distinction and his acclaim spread far and wide. From his beneficial works are his two Jāmiʿ collections of ḥadīth, al-Durr al-Manthūr and al-Itqān fī ʿUlūm al-Qurʾān.” [Summarised from his biography in al-Badr al-Ṭāliʿ (1/328-335)]

The author said, “[I have aimed to produce an interesting book about a special theme]—that being the rationale of the order of the sūrahs—so it can help and save the time of one who is after such knowledge. Most of its content is from my own thoughts, contemplation and insights since only a few people have touched upon this topic. I have explicitly given reference to that which I used from others, and I would only mention that which is good and would not make me subject to criticism.”