The Final Words Of… 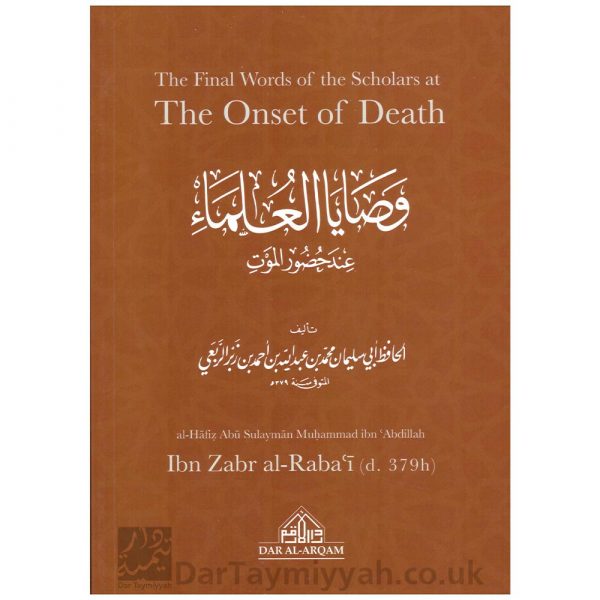 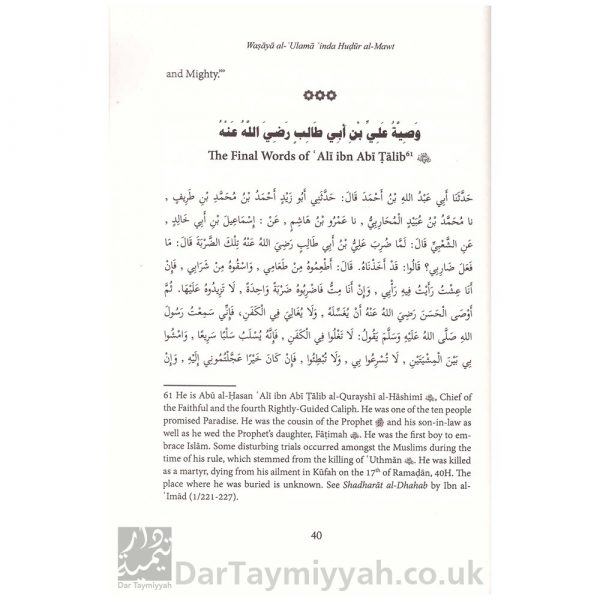 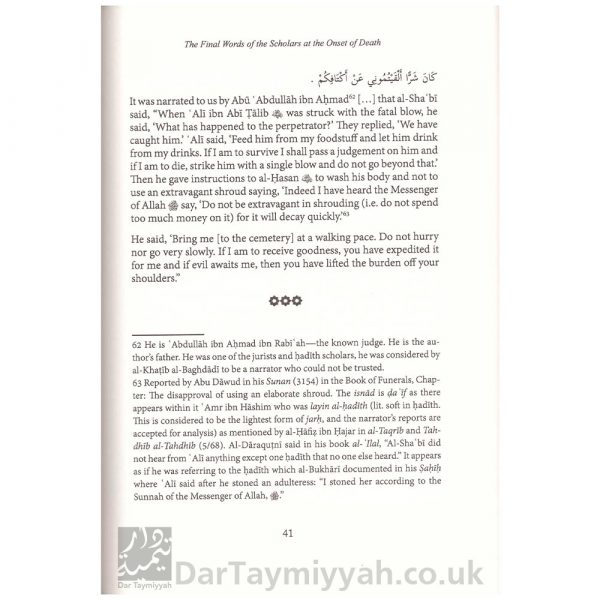 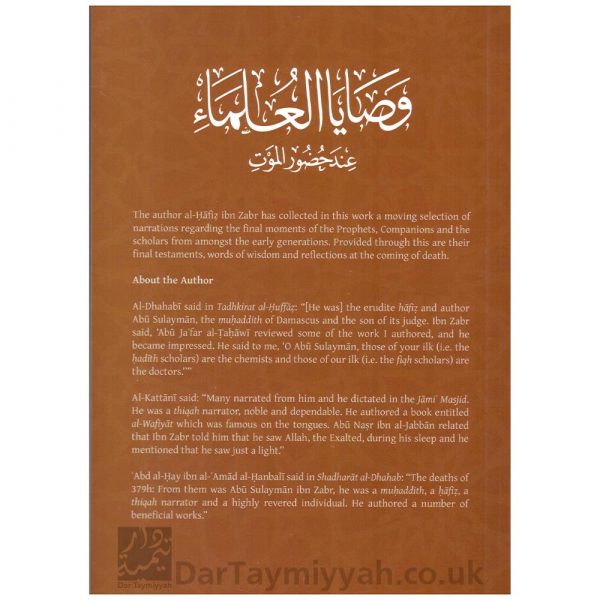 The author al-Ḥāfiẓ ibn Zabr has collected in this work a moving selection of narrations regarding the final moments of the Prophets, Companions and the scholars from amongst the early generations. Provided through this are their final testaments, words of wisdom and reflections at the coming of death.

About the Author
Al-Dhahabī said in Tadhkirat al-Ḥuffāẓ: “[He was] the erudite hāfiẓ and author Abū Sulaymān, the muḥaddith of Damascus and the son of its judge. Ibn Zabr said, ‘Abū Jaʿfar al-Ṭaḥāwī reviewed some of the work I authored, and he became impressed. He said to me, ‘O Abū Sulaymān, those of your ilk (i.e. the ḥadīth scholars) are the chemists and those of our ilk (i.e. the fiqh scholars) are the doctors.’’”

Al-Kattānī said: “Many narrated from him and he dictated in the Jāmiʿ Masjid. He was a thiqah narrator, noble and dependable. He authored a book entitled al-Wafiyāt which was famous on the tongues. Abū Naṣr ibn al-Jabbān related that Ibn Zabr told him that he saw Allah, the Exalted, during his sleep and he mentioned that he saw just a light.”