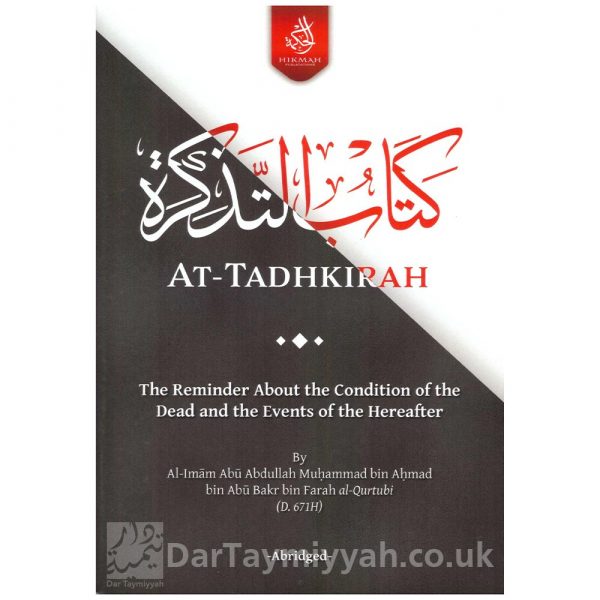 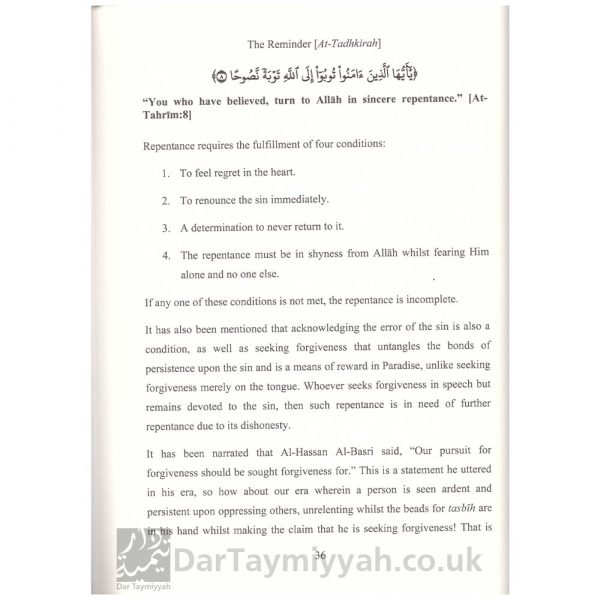 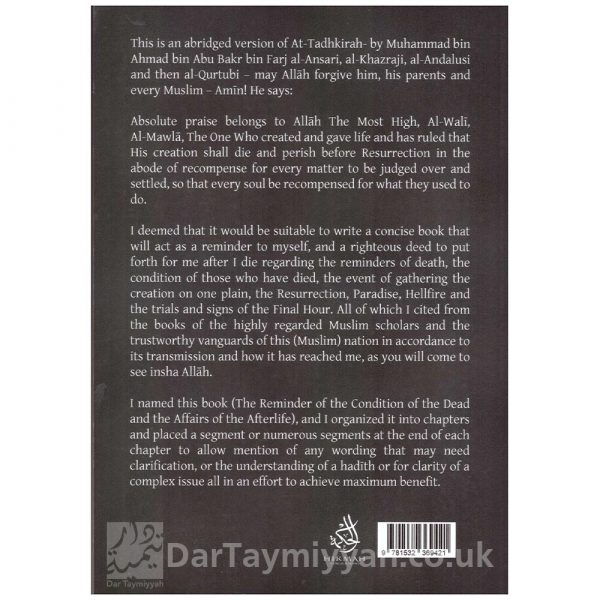 This is an abridged version of At-Tadhkirah by Al-Imam Abu Abdullah Muhammad bin Ahmead bin Abu Bakr bin Farah al-Qurtubi – May Allah forgive him, his parents and every muslim – Ameen! He says:

Absolute praise belongs to Allah The Most High, Al-Wali, Al-Mawla, The One Who created and gave life and has ruled that His creation shall die and perish before Resurrection in the abode of recompense for every matter to be judged over and settled, so that every soul be recompensed for what they used to do.

I deemed that it would be suitable to write a concise book that will act as a reminder to myself, and a righteous deed to put forth for me after I die regarding the reminders of death, the condition of those who have died, the event of gathering the creation on one plain, The Resurrection, Paradise, Hellfire and the trials and signs of the Final Hour. All of which I cited from the books of the highly regarded Muslim scholars and the trustworthy vanguards of this (Muslim) nation in accordance to its transmission and how it has reached me, as you will come to see insha Allah.

I named this book (The Reminder of the Condition of the Dead and the affairs of the Afterlife), and I organized it into chapters and placed a segment or numerous segments at the end of each chapter to allow mention of any wording that may need clarification, or the understanding of a hadith or for clarity of complex issue all in an effort to achieve maximum benefit.