The Spiritual Cure An… 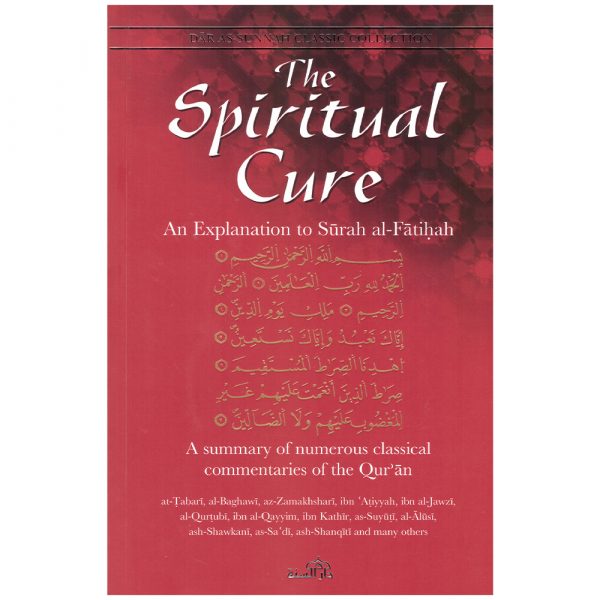 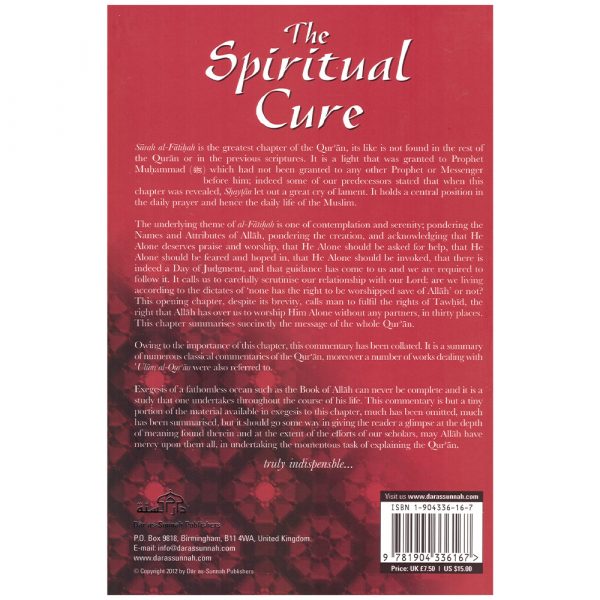 The Spiritual Cure An Explanation of Surah al-Faatihah

Surah al Fatiha is the greatest chapter of the Qur’an, it’s like is not found in the rest of the Book or in the previous scriptures. It is a Light that was granted to Prophet Muhammad (S) which had not been granted to any other Prophet or Messenger before him; indeed some of the Salaf stated that when this chapter was revealed, Shaytan let out a great cry of lament.

This opening chapter, despite it brevity, calls man to fulfil the rights of Tawhid, the right that Allah has over us to worship Him alone without any partners, in thirty places. This chapter summarizes succinctly the message of the whole Qur’an.