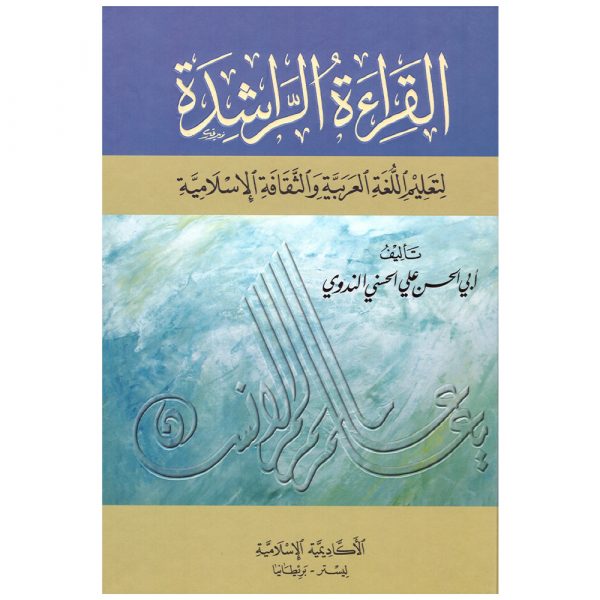 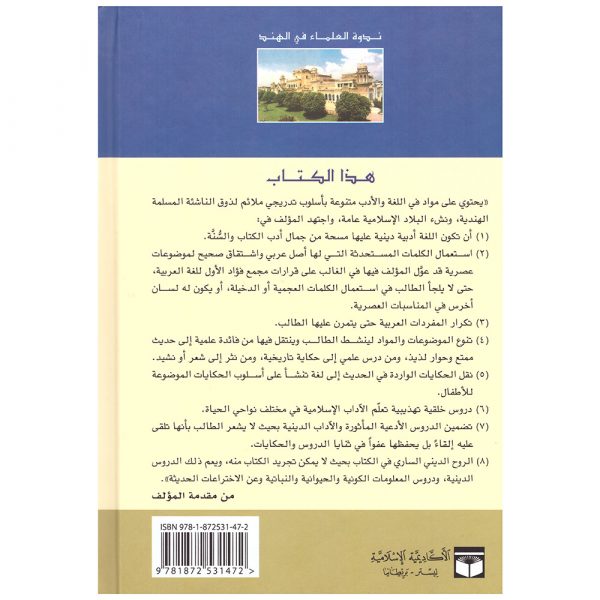 This is Part of a series developed by Shaykh Abul Hasan Ali Nadwi because the Arabic Books available for teaching students of advanced Arabic were mostly secular, and it was thought that it would be better to have these Books which would also teach certain Islamic Basics. They are in use in Many Darul-Ulums in India and Pakistan as well in Many Universities in Arab Countries.

Qiraat ar Rashida, Arabic original, Deals with a variety of Islamic Issues such as Adab, Personalities etc (if you understand Arabic then you can enlarge the picture and Left click and Print try to read it).

Sheikh Syed Abul Hasan ‘Ali Nadwi is one of the most prolific writers and original thinkers of our time, author of well over fifty books in various languages, and a scholar of rare distinction, passed into the mercy of Allah in December 1999.

Perhaps better known as the founder member and first rector of Nadwatul Ulama (India), and president of the Academy of Islamic Research and Publications.