Ranks of the Fearful… 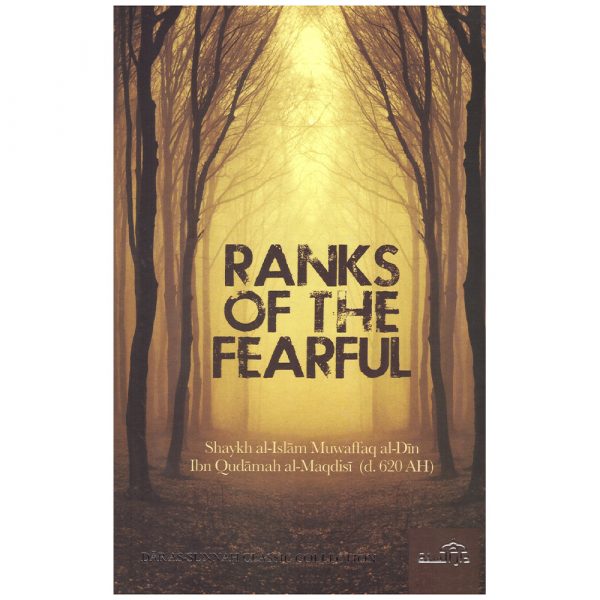 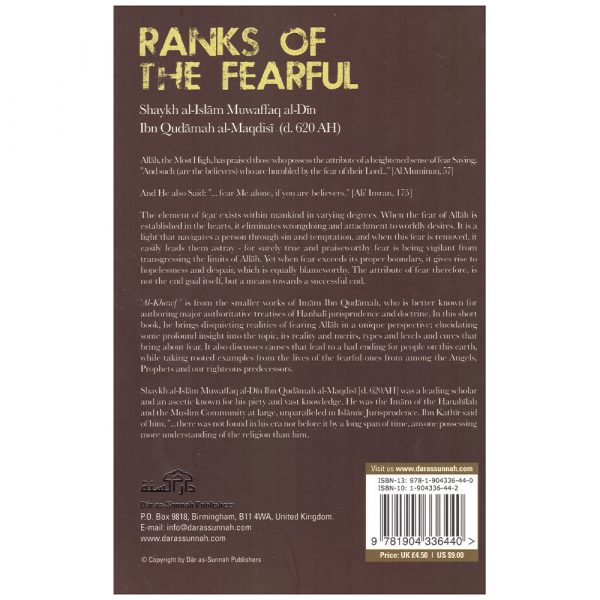 Ranks of the Fearful by Imam Ibn Qudamah Al-Maqdisi

Allah, the Most High, has praised those who possess the attribute of a heightened sense of fear Saying,

“And such (are the believers) who are humbled by the fear of their Lord…” [Al Muminun, 57]

The element of fear exists within mankind in varying degrees. When the fear of Allah is
established in the hearts, it eliminates wrongdoing and attachment to worldly desires. It is a
light that navigates a person through sin and temptation, and when this fear is removed, it
easily leads them astray – for surely true and praiseworthy fear is being vigilant from
transgressing the limits of Allah. Yet when fear exceeds its proper boundary, it gives rise to
hopelessness and despair, which is equally blameworthy. The attribute of fear therefore, is
not the end goal itself, but a means towards a successful end.

‘Al-Khawf ‘ is from the smaller works of Imam Ibn Qudamah, who is better known for
authoring major authoritative treatises of Hanbali jurisprudence and doctrine. In this short
book, he brings disquieting realities of fearing Allah in a unique perspective; elucidating
some profound insight into the topic, its reality and merits, types and levels and cures that
bring about fear. It also discusses causes that lead to a bad ending for people on this earth,
while taking rooted examples from the lives of the fearful ones from among the Angels,
Prophets and our righteous predecessors.

Imam Ibn Qudamah was one of the greatest scholars of jurisprudence from amongst the Hanbalis. His works such as Al-Umdah and Al-Mughni form the backbbone of the study of this madhab. Ibn Kathir said of him ‘there was not found in his era nor before it by a long span of time, anyone possessing more understanding of the religion than him.