The Aqeedah of Imaam… 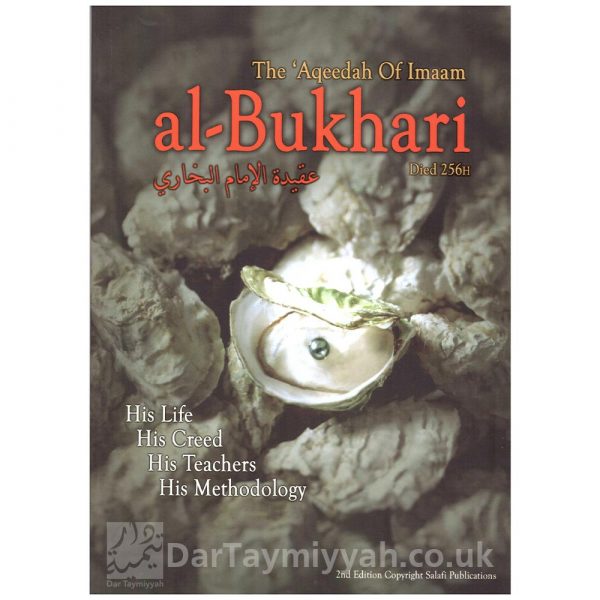 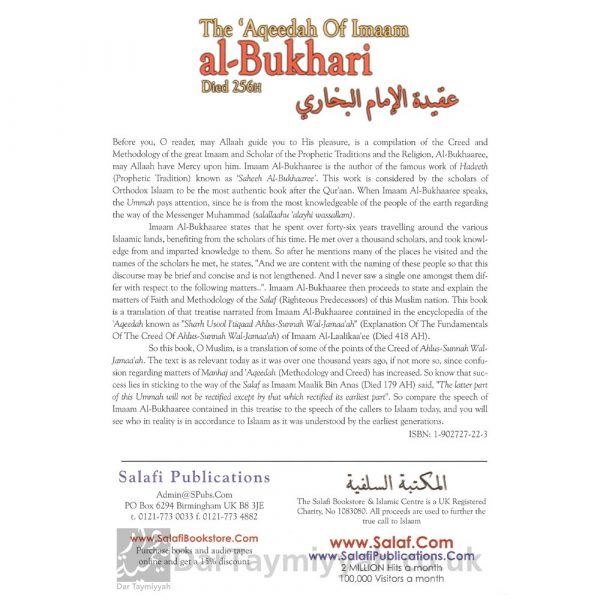 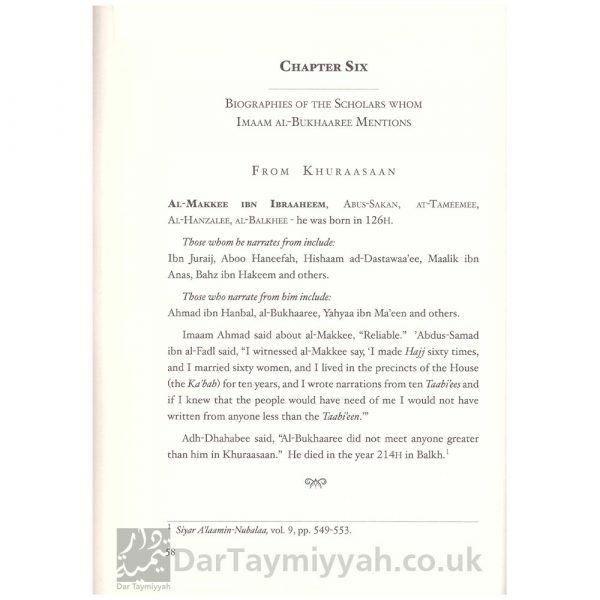 Imaam Al Bukharee states that he spent over forty six years travelling around the various Islamic lands, benefiting from the scholars of his time. He met over a thousand scholars, and took knowledge from and imparted knowledge to them. This book is a translation of a treatise narrated from Imam Bukharee contained in the encyclopedia of the Aqeedah known as, Sharh Usool Itiqaad Ahlus Sunnah Wal Jamaa’ah. (Explanation Of The Fundamentals Of The Creed Of Ahlus-Sunnah Wal-Jamaa’ah) of Imaam Al-Laalikaa’ee (Died 418 AH). So this book, O Muslim, is a translation of some of the points of the Creed of Ahlus Sunnah Wal Jamaah. The text is as relevant today as it was over one thousand years ago, if not more so, since confusion regarding matters of Manhaj and Aqeedah (Methodology and Creed) has increased. As Imam Maalik Bin Anas (Died 179 AH) said, The latter part of this Ummah will not be rectified except by that which rectified its earliest part.