The Biography Of The… 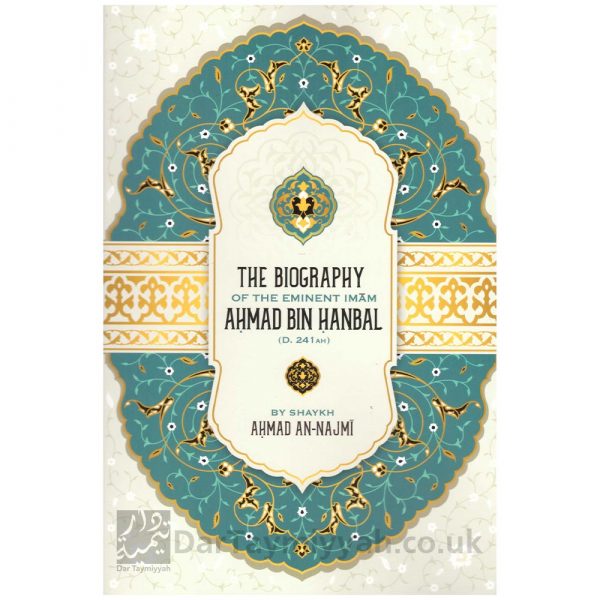 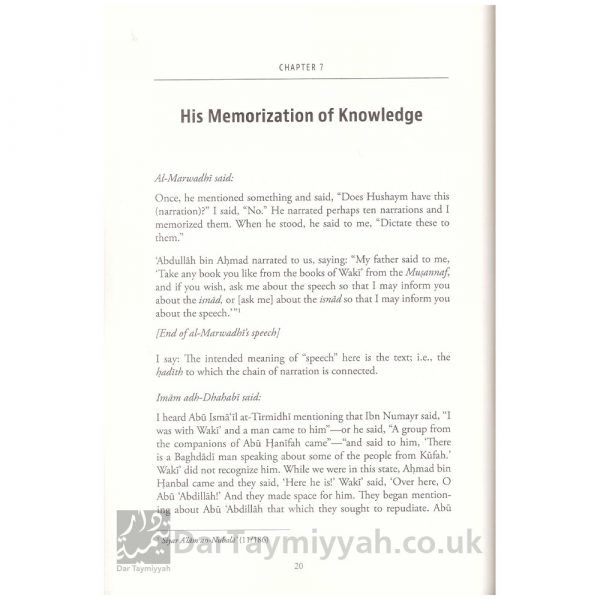 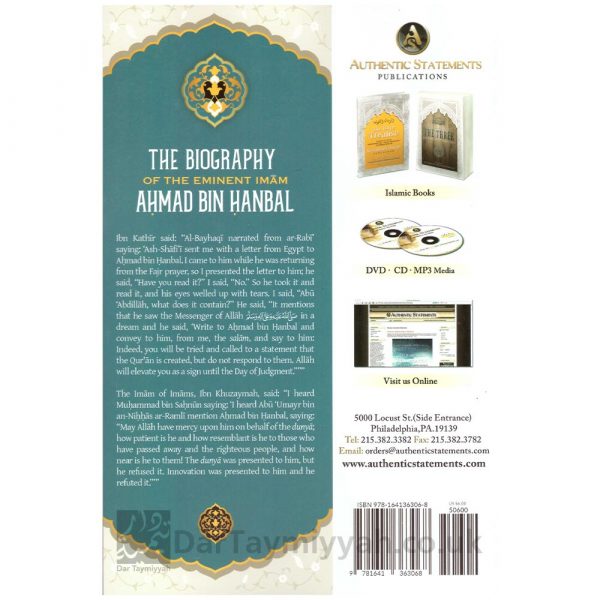 Only 1 left in stock

Ibn Kathir said: “Al-Bayhaqi narrated from ar-Rabi’ saying: ‘Ash-Shafi’i sent me with a letter from Egypt to Ahmad bin Hanbal, I came to him while he was returning from the Fajr prayer, so I presented the letter to him; he said, “Have you read it?” I said, “no.” So he took it and read it, and his eyes welled up with tears, I said, “Abu Abdullah, what does it contain?” He said, “It mentions that he saw the Messenger of Allah (peace and blessings of Allah be upon him) in a dream and he said, “Write to Ahmad bin Hanbal and convey to him, from me the salaam, and say to him; Indeed, you will be tried and called to a statement that the Qur’an is created, but do not respond to them. Allah wilt elevate you as a sign until the Day of Judgement.”””

The imam of Imams, ibn Khuzaymah, said “I heard Muhammad bin Salmaan saying: ‘I heard Abu Umayr bin an-Nihhas ar-Ramli mention Ahmad bin Hanbal, saying “May Allah have mercy upon him on behalf of the dunya; how patient he is and how resemblant he is to those who have passed away and the righteous people, and how near he is to them! The dunya was presented to him, but he refused it, innovation was presented to him and he refuted it.”””