THE EMINENCE OF THE… 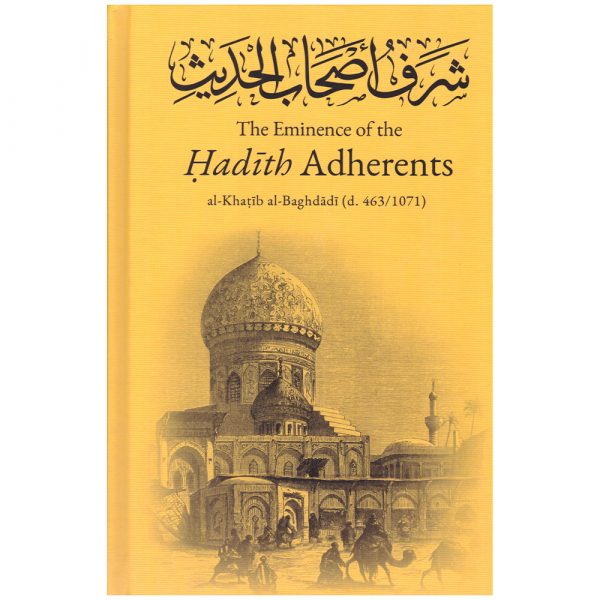 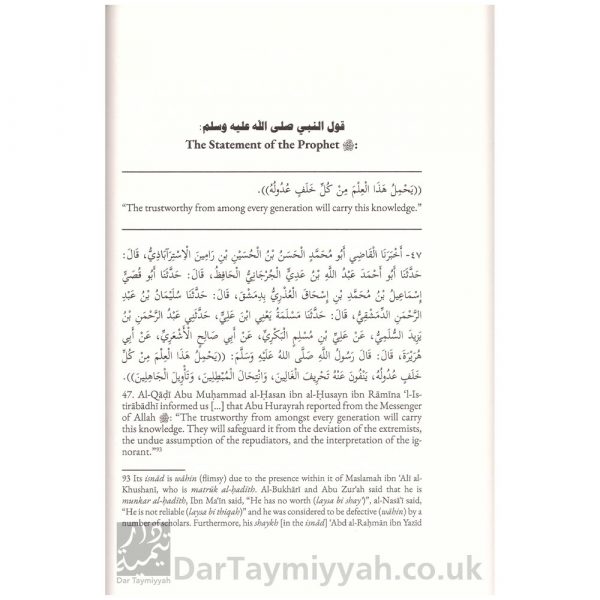 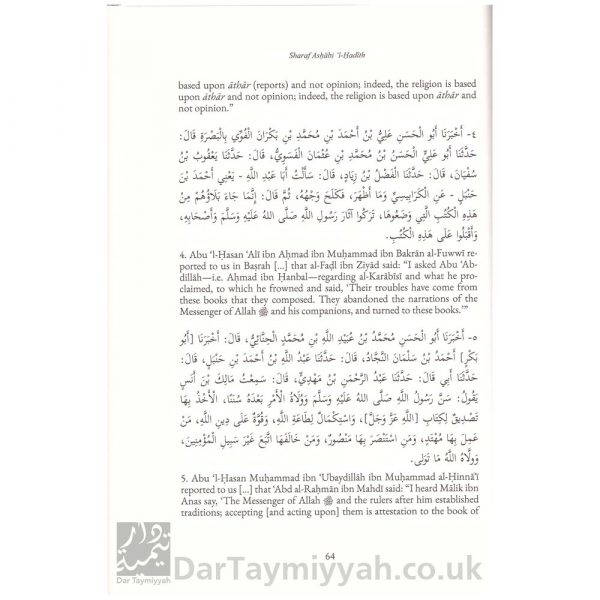 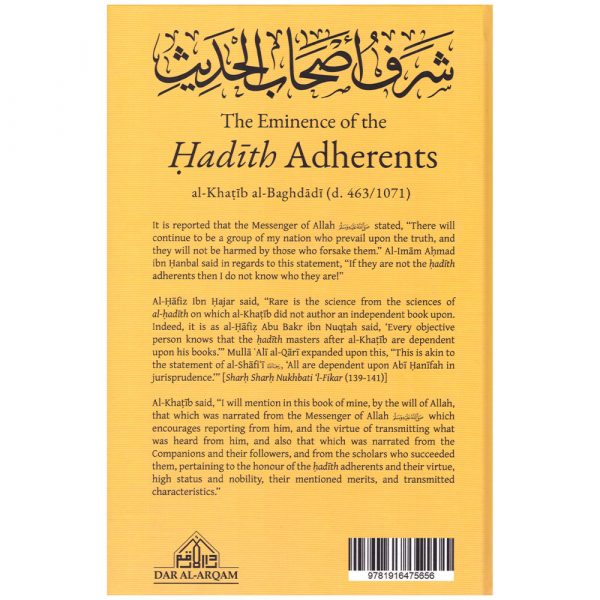 (2) Sharaf Ashab al-Hadith (The Eminence of the Hadith Adherents)

It is reported that the Messenger of Allah stated, “There will continue to be a group of my nation who prevail upon the truth, and they will not be harmed by those who forsake them.” Al-Imām Aḥmad ibn Ḥanbal said in regards to this statement, “If they are not the ḥadīth adherents then I do not know who they are!”

Al-Ḥāfiz Ibn Ḥajar said, “Rare is the science from the sciences of al-ḥadīth on which al-Khaṭīb did not author an independent book upon. Indeed, it is as al-Ḥāfiẓ Abu Bakr ibn Nuqṭah said, ‘Every objective person knows that the ḥadīth masters after al-Khaṭīb are dependent upon his books.’” Mullā ʿAlī al-Qārī expanded upon this, “This is akin to the statement of al-Shāfiʿī, ‘All are dependent upon Abī Ḥanīfah in jurisprudence.’” [Sharḥ Sharḥ Nukhbati ‘l-Fikar (139-141)]

Al-Khaṭīb said, “I will mention in this book of mine, by the will of Allah, that which was narrated from the Messenger of Allah which encourages reporting from him, and the virtue of transmitting what was heard from him, and also that which was narrated from the Companions and their followers, and from the scholars who succeeded them, pertaining to the honour of the ḥadīth adherents and their virtue, high status and nobility, their mentioned merits, and transmitted characteristics.”