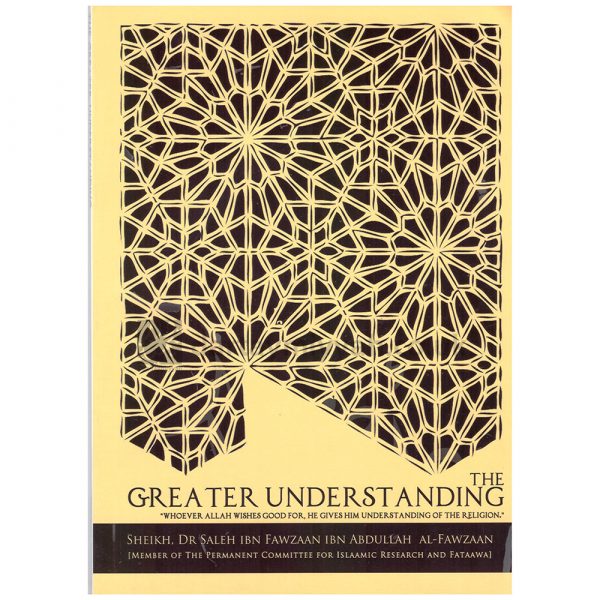 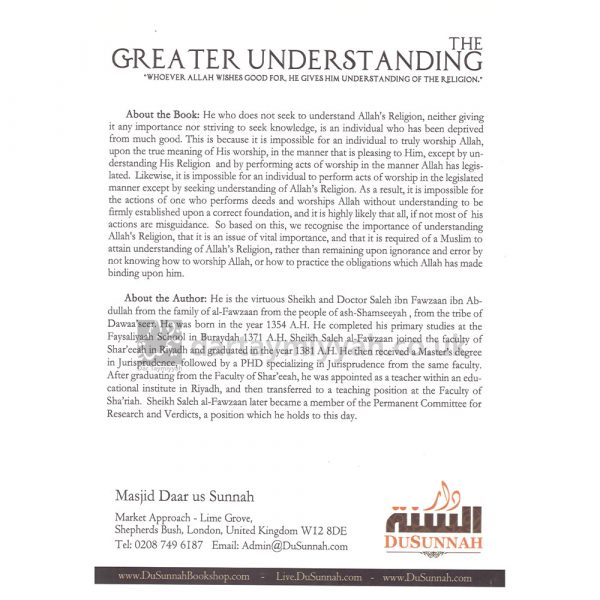 “Whoever Allah Wishes Good For, He Gives Him Understanding Of The Religion”

About the Book: He who does not seek to understand Allah’s Religion, neither giving it any importance nor striving to seek knowledge, is an individual who has been deprived from much good. This is because it is impossible for an individual to truly worship Allah, upon the true meaning of His worship, in the manner that is pleasing to Him, except by understanding His Religion and by performing acts of worship in the manner Allah has legislated. Likewise, it is impossible for an individual to perform acts of worship in the legislated manner except by seeking understanding of Allah’s Religion. As a result, it is impossible for the actions of one who performs deeds and worships Allah without understanding to be firmly established upon a correct foundation, and it is highly likely that all, if not most of his actions are misguidance. So based on this, we recognise the importance of understanding Allah’s Religion, that it is an issue of vital importance, and that it is required of a Muslim to attain understanding of Allah’s Religion, rather than remaining upon ignorance and error by not knowing how to worship Allah, or how to practice the obligations which Allah has made binding upon him.
About the Author: He is the virtuous Sheikh and Doctor Salih ibn Fawzan ibn Abdullah from the family of al-Fawzan from the people of ash-Shamseeyah, from the tribe of Dawaa’seer. He was born in the year 1354 A.H. He completed his primary studies at the Faysaliyaah School in Buraydah 1371 A.H. Sheikh Salih al-Fawzan joined the faculty of Shariah in Riyadh and graduated in the year 1381 A.H. He then received a Master’s degree in Jurisprudence, followed by a PHD specialising in Jurisprudence from the same faculty.
After graduating from the Faculty of Shariah, he was appointed as a teacher within an educational institute in Riyadh, and then transferred to a teaching position at the Faculty of Shariah. Sheikh Salih al-Fawzan later became a member of the Permanent Committee for Research and Verdicts, a position which he holds to this day.