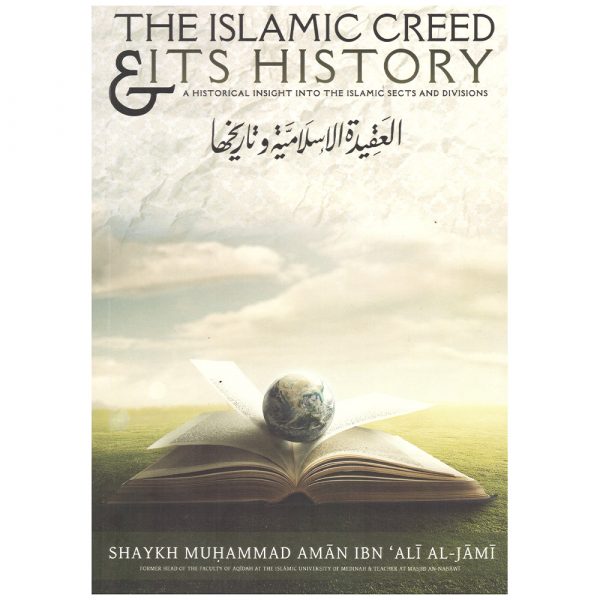 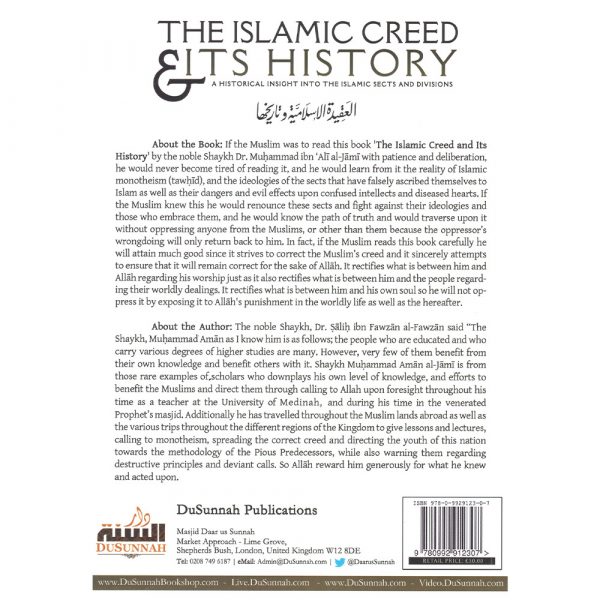 About the Book: If the Muslim was to read this book “The Islamic creed and Its History” by the noble Shaykh Dr. Muhammad ibn ‘Ali al-Jami with patience and deliberation, he would never become tired of reading it, and he would learn from it the reality of Islamic monotheism (tawhid), and the ideologies of the sects that have falsely ascribed themselves to Islam as well as their dangers and evil effects upon confused intellects and diseased hearts. If the Muslim knew this he would renounce these sects and fight against their ideologies and those who embrace them, and he would know the path of truth and would traverse upon it without oppressing anyone from the Muslims, or other than them because the oppressor’s wrongdoing will only return back to him. In fact, if the Muslim reads this book carefully he will attain much good since it strives to correct the Muslim’s creed and it sincerely attempts to ensure that it will remain correct for the sake of Allah. It rectifies what is between him and Allah regarding his worship just as it also rectifies what is between himand the people regarding their worldly dealings. It rectifies what is between him and his own soul so he will not oppress it by exposing it to Allah’s punishment in the worldly life as well as the hereafter.