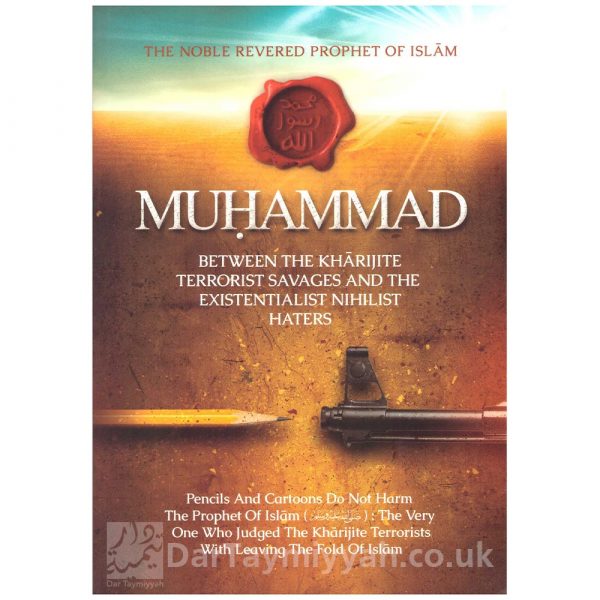 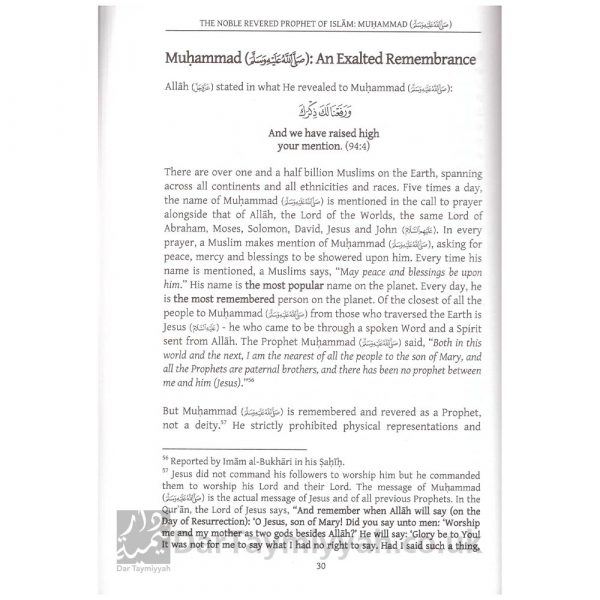 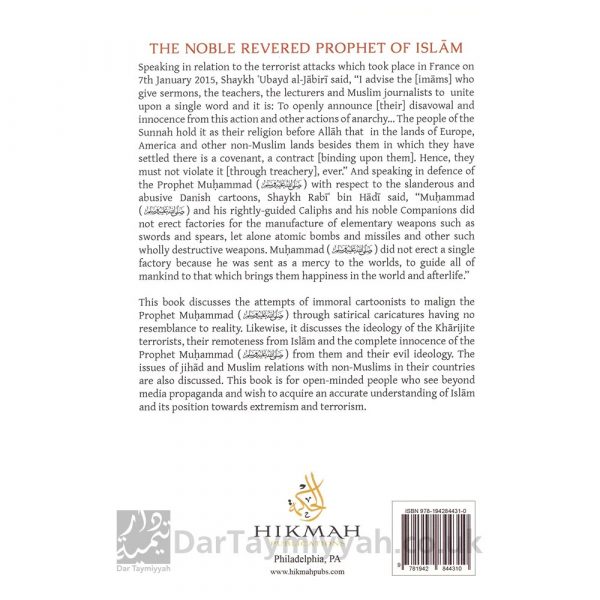 This book discusses the attempts of immoral cartoonists to malign the Prophet Muhammad (peace be upon him) through satirical caricatures having no resemblance to reality. Likewise, it discusses the ideology of the Khсrijite terrorists, their remoteness from Islсm and the complete innocence of the Prophet Muhammad (peace be upon him) from them and their evil ideology. The issues of jihсd and Muslim relations with non-Muslims in their countries are also discussed. This book is for open-minded people who see beyond media propaganda and wish to acquire an accurate understanding of Islam and its position on extremism and terrorism.

Speaking in relation to the terrorist attacks which took place in France on 7th January 2015, Shaykh Ubayd al-Jabiri said: “I advise the [imсms] who give sermons, the teachers, the lecturers and Muslim journalists to unite upon a single word and it is: To openly announce [their] disavowal and innocence from this action and other actions of anarchy… The people of the Sunnah hold it as their religion before Allсh that in the lands of Europe, America and other non-Muslim lands besides them in which they have settled there is a covenant, a contract [binding upon them]. Hence, they must not violate it [through treachery], ever.”

Pencils and cartoons do not harm the Prophet of Islam (sallallahu alaihi wa sallam); the very one who judged theKharijite Terrorists with leaving the fold of Islam.