Upon You is to… 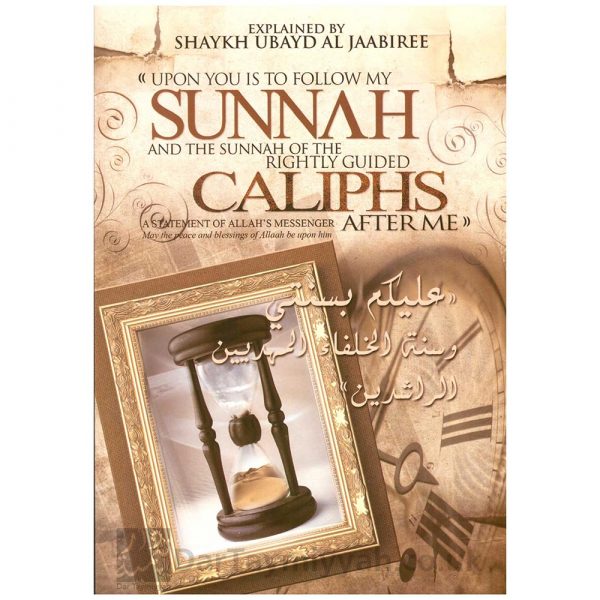 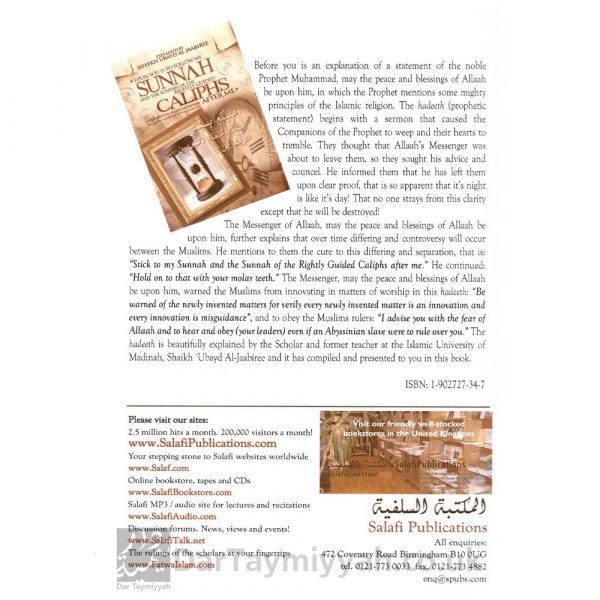 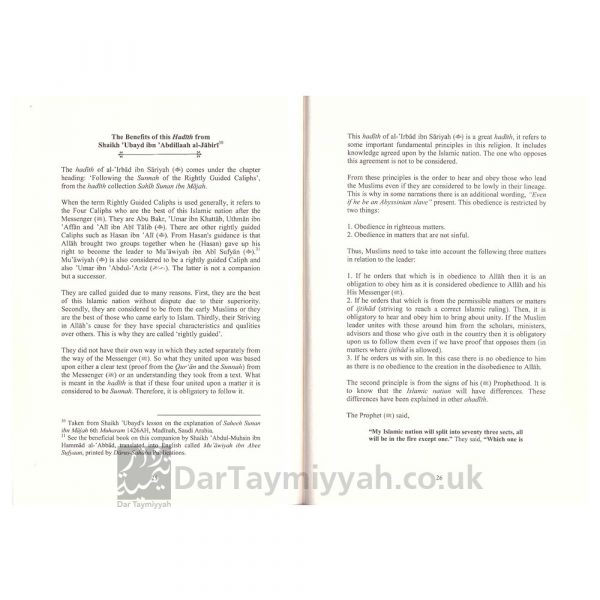 Only 1 left in stock

Before you is explanation of a statement of the noble Prophet Muhammad, may the peace and blessings of Allah be upon him, in which the Prophet mentions some mighty principles of the Islamic religion. The hadeeth (prophetic statement) begins with a sermon that caused the Companions of the Prophet to weep and their hearts to tremble. They thought that Allah’s Messenger was about to leave them, so they sought his advice and counsel. He informed them that he has left them upon clear proof, that is so apparent that it’s night is like it’s day! That no one strays from this clarity except that he will be destroyed!

The Messenger of Allah, may the peace and blessings of Allah be upon him, further explains that over time differing and controversy will occur between the Muslims. He mentions to them the cure to this differing and separation, that is: Stick to my Sunnah and the Sunnah of the Rightly Guided Caliphs after me.  He continued:  Hold on to that with your molar teeth. The Messenger, may the peace and blessings of Allah be upon him, warned the Muslims from innovating in matters of worship in this hadeeth: Be warned of the newly invented matters for verily every newly invented matter is an innovation and every innovation is misguidance, and to obey the Muslims rulers:I advise you with the fear of Allah and to hear and obey (your leaders) even if an Abyssinian slave were to rule over you. The hadeeth is beautifully explained by the Scholar and former teacher at the Islamic University of Madinah Shaikh Ubayd Al-Jaabiree and it has been compiled and presented to you in this book.”