Warning Those of Little… 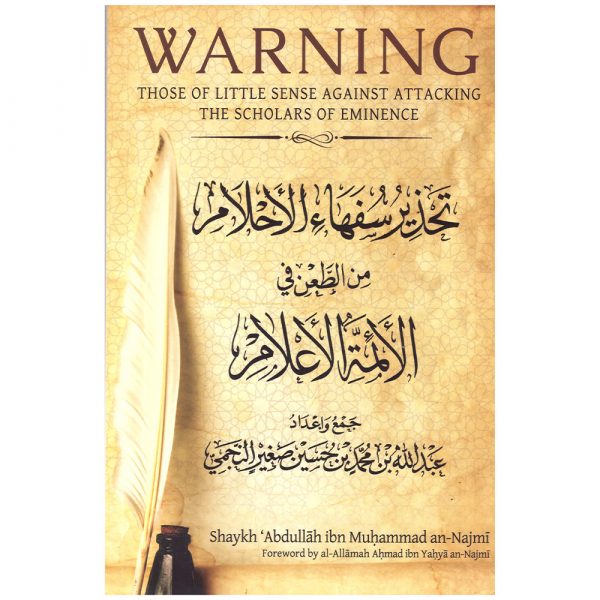 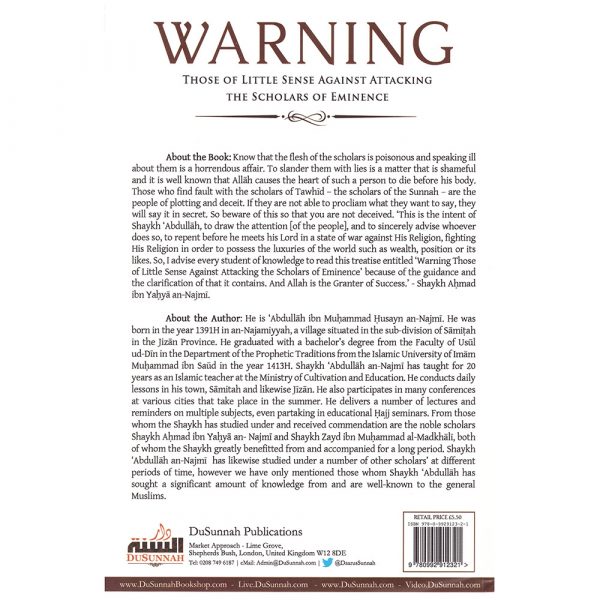 About the Book: Know that the flesh of the scholars is poisonous and speaking ill about them is a horrendous affair. To slander them with lies is a matter that is shameful and it is well known that Allah causes the heart of such a person to die before his body. Those who find fault with the scholars of Tawhid the scholars of the Sunnah are the people of plotting and deceit. If they are not able to proclaim what they want to say they will say it in secret. So beware of this so that you are not deceived. This is the intent of Shaykh Abdullah, to draw the attention of the people, and to sincerely advise whoever does so, to repent before he meets his Lord in a state of war against His Religion, fighting His Religion in order to possess the luxuries of the world such as wealth, position or its likes. So, advise every student of knowledge to read this treatise entitled “Warning Those of Little Sense Against Attacking the scholars of Eminence’ because of the guidance and the clarification of that it contains. And Allah is the Granter of success. [Shaykh Ahmad
ibn Yahya an-Najmi]