Ibn Taymiyyah on The… 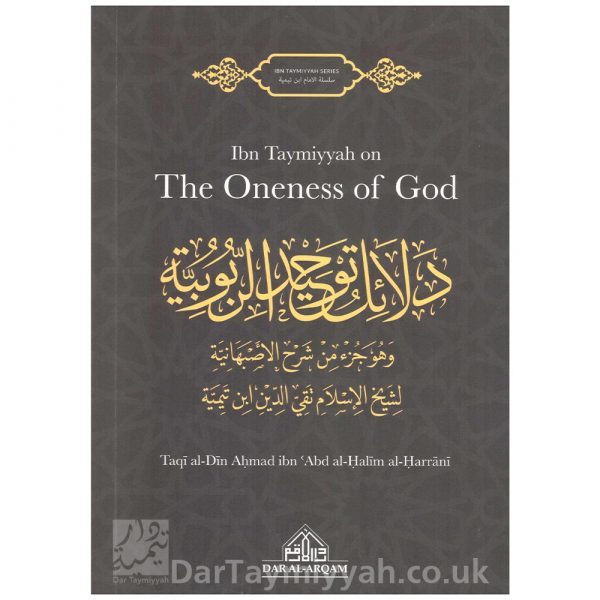 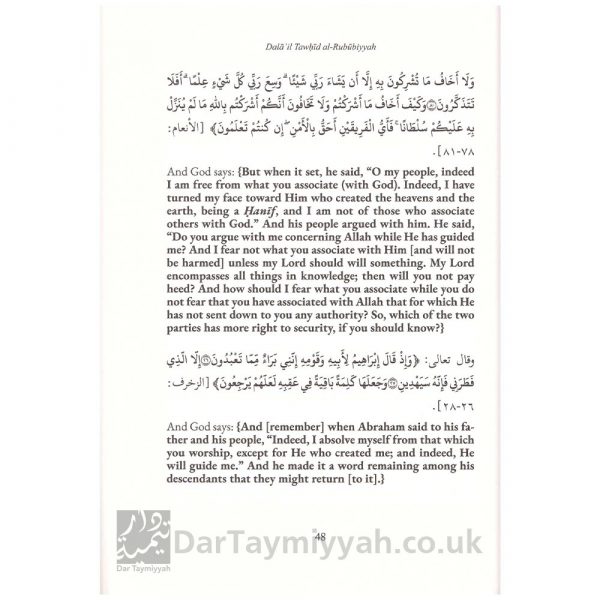 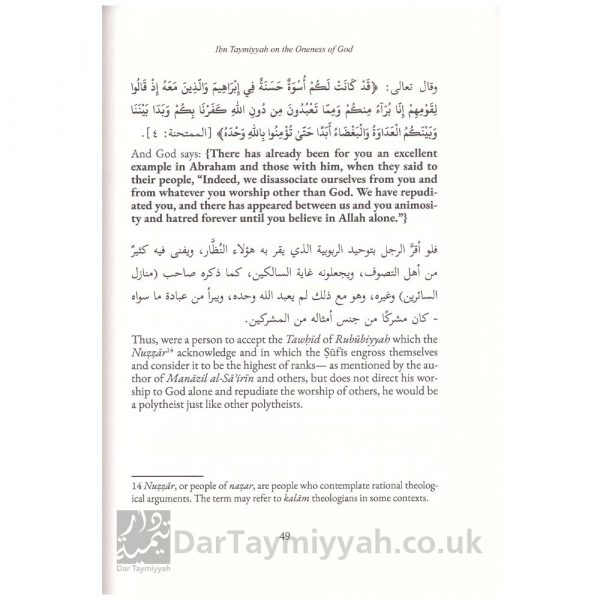 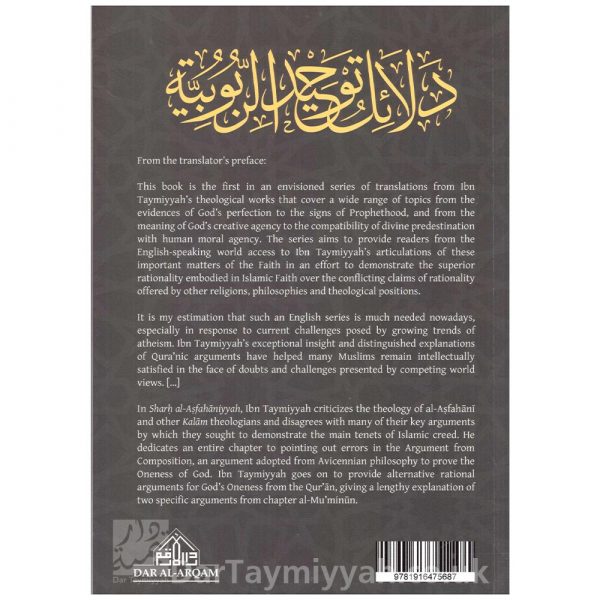 From the Translator’s preface:

This book is the first in an envisioned series of translations from ibn Taymiyyah’s theological works that cover a wide range of topics from the evidences of God’s perfection to the signs of Prophethood, and from the meaning of God’s creative agency to the compatibility of divine predestination with human moral agency. The series aims to provide readers from the English speaking world access to ibn Taymiyyah’s articulations of these important matters of the Faith in an effort to demonstrate the superior rationality embodied in Islamic Faith over the conflicting claims of rationality offered by other religions, philosophies and theological positions.

It is my estimation that such an English series is much needed nowadays, especially in response o current challenges posed by growing trends of atheism. Ibn Taymiyyah’s exceptional insight and distinguished explanations of Qura’nic arguments have helped many Muslims remain intellectually satisfied in the face of doubts and challenges presented by competing world views.

In Sharh al-Asfahaniah, Ibn Taymiyyah criticizes the theology of al-Asfahani and other Kalam theologians and disagrees with many of their key arguments by which they sought to demonstrate the main tenets of Islamic creed. He dedicates an entire chapter to pointing out errors in the argument from composition, an argument adopted from Avicennian philosophy to prove the Oneness of God. Ibn Taymiyyah goes on to provide alternative rational arguments for God’s Oneness from the Qur’an, giving a lengthy explanation of two specific arguments from chapter of Al-Mu’minu