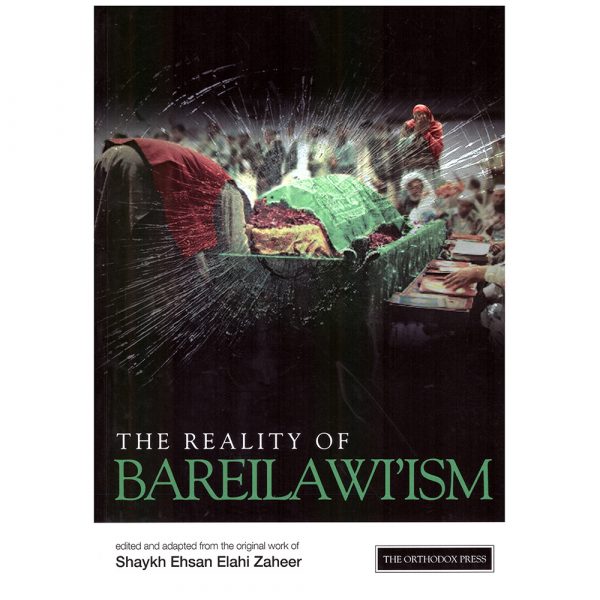 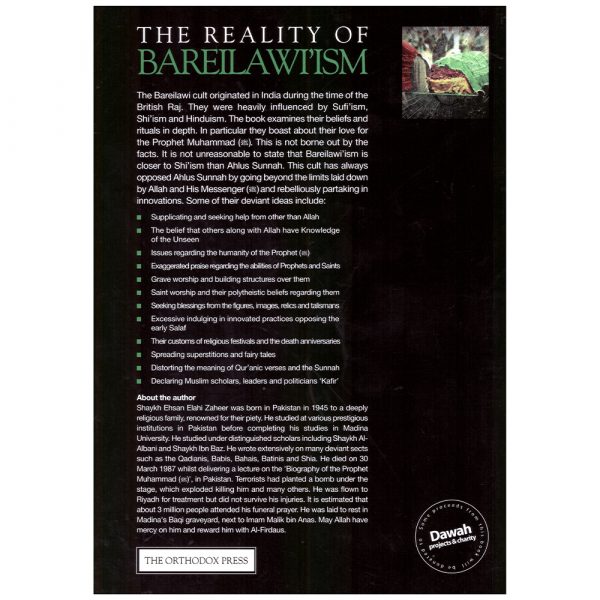 Adapted from the work of Shaikh Ehsan Elahi Zaheer

The Bareilawi cult originated in India during the time of the British Raj. They were heavily influenced by Sufiism, Shiism, and Hinduism. The book examines their beliefs and rituals in depth. In particular they boast about their love for the Prophet Muhammad (sallAllahu alaihi wa sallam). This is not borne out by the facts. It is not unreasonable to state that Bareilawiism is closer to Shi’ism than Ahlus Sunnah. This cult has always opposed AhlusSunnah by going beyond the limits laid down by Allah and His Messenger (sallAllahu alaihi wa sallam) and rebelliously partaking in innovations. Some of their deviant ideas include:

About the author: Shaykh Ehsan Elahi Zaheer was born in Pakistan in 1945 to a deeply religious family renowned for their piety. He studied at various prestigious
institutions in Pakistan before completing his studies in Madina University, He studied under distinguished scholars including Shaykh Al-Albani and Shaykh Ibn Baz. He wrote extensively on many deviant sects such as the Qadianis, Babis, Bahais, Batinis and Shia. He died on 30 March 1987 whilst delivering a lecture on the ‘Biography of the Prophet Muhammad (sallAllahu alaihi wa sallam), in Pakistan. Terrorists had planted a bomb under the stage, which exploded killing him and many others, He was flown to Riyadh for treatment but did not survive his injuries. It is estimated that about 3 million people attended his funeral prayer. He was laid to rest in Madina’s Baqi graveyard, next to Imam Malik bin Anas, May Allah have mercy on him and reward him with A-Firdaus.