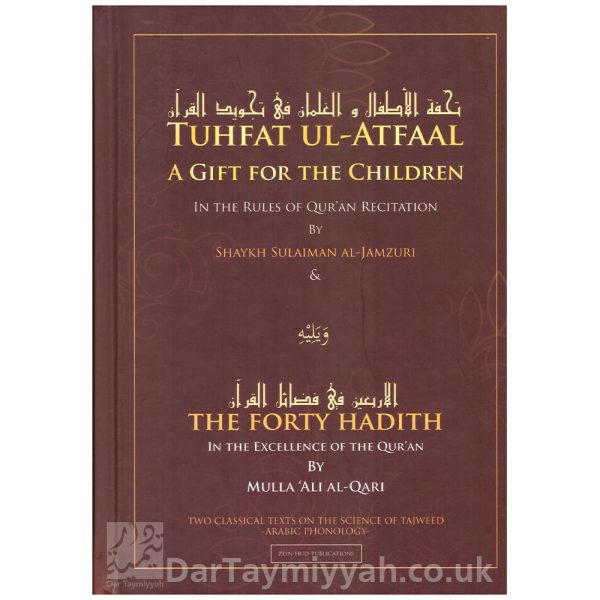 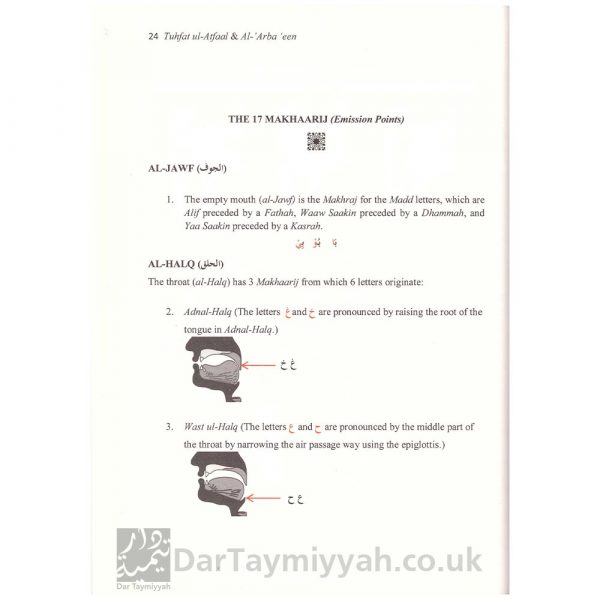 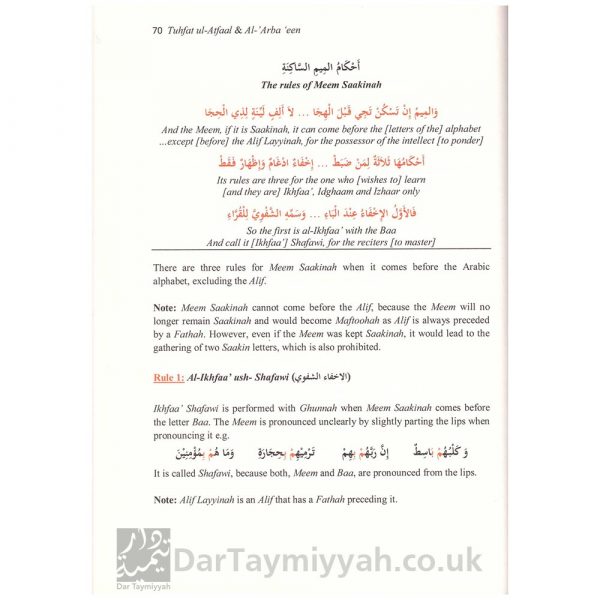 Tuhfat Ul-Atfaal: A Gift for the Children – Forty Hadith in the Excellence of the Qur’an

Tuhfat Ul-Atfaal: A Gift for the Children in the Rules of Qur’an Recitation & The Forty Hadith in the Excellence of the Qur’an

Two Classical Texts on the Science of Tajweed

Tuhfatul Atfaal is the famous poem written by Imam Al-Jamzuri for those who wish to learn Tajweed (the rules of Qur’anic recitation). It is shorter and easier than other similar texts. This publication is the first English translation and has been printed to a high standard.

“The benefits of reciting the pure words of Allah, subhanahu wa ta’ala, are so great that no individual is able to compile them in any one book. Hence, only a few are mentioned below as a reminder of the bounties of Allah upon those who recite his glorious Qur’an.

Whosoever reads a letter from the Book of Allah, he will receive a reward. That reward is then (multiplied) ten-fold. I do not say Alif-Laam-Meem is one letter, but Alif is a letter, Laam is a separate letter and Meem is another letter. [Tirmidhi].

*** Illustrations and Diagrams to Facilitate Understanding,

*** Introduction to the Seven Imams of Qira’ah,

*** Forty Ahadith on the Excellence of the Qur’an.