The Excellence of Knowledge… 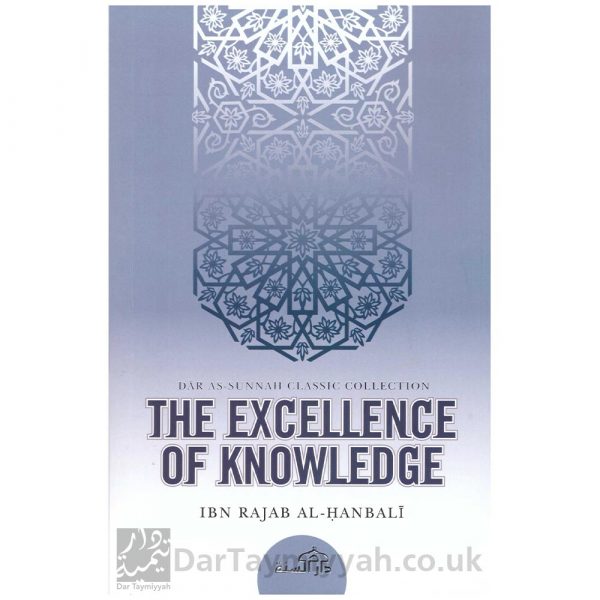 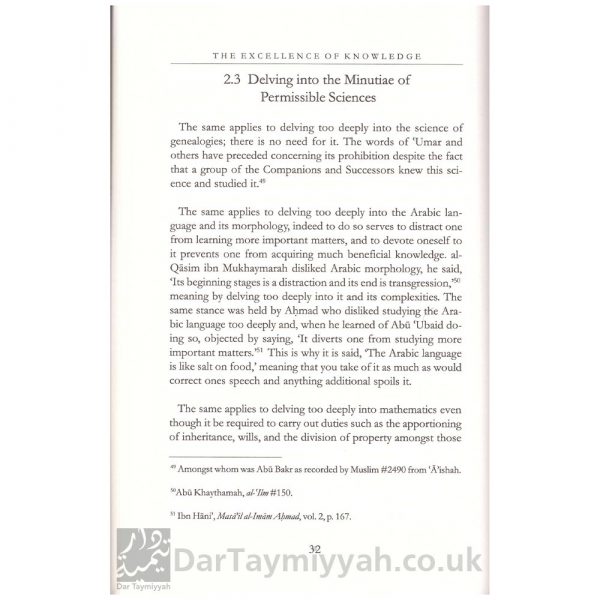 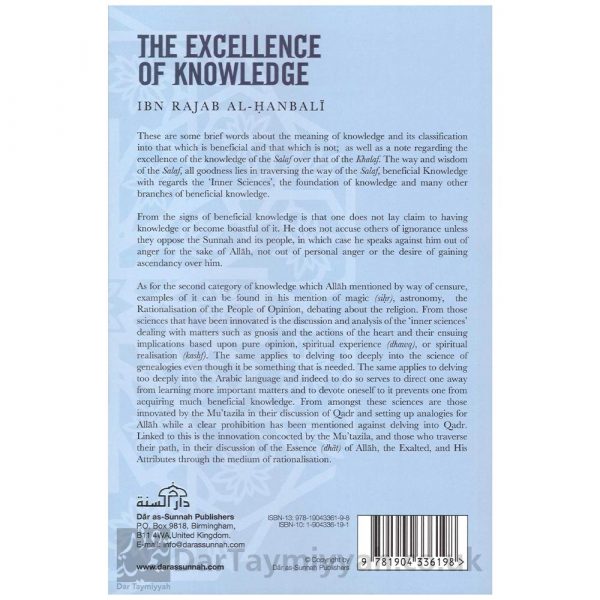 Description from the publisher:

From the signs of beneficial knowledge is that one does not lay claim to having knowledge or become boastful of it. He does not accuse others of ignorance unless they oppose the Sunnah and its people, in which case he speaks against him out of anger form the sake of Allah, not out of personal anger or the desire of gaining ascendancy over him.

As for the second category of knowledge which Allah mentioned by way of censure, examples of it can be found in his mention of magic (sihr), astronomy, the Rationalisation of the People of Opinion, debating about the religion. From those sciences that have been innovated in the discussion and analysis of the ‘inner sciences’ dealing with matter such as gnosis and the actions of the heart and their ensuing implications based upon pure opinion, spiritual experience (dhawq), or spiritual realization (kashf). The same applies to delving too deeply into the science of genealogies even though it be something that is needed. The same applies to delving too deeply into the Arabic language and indeed to do so serves to direct one away from learning more important matters and to devote oneself to it prevents one from acquiring much beneficial knowledge. From amongst these sciences are those innovated by the Mu’tazila in their discussion of Qadr and setting up analogies for Allah while a clear prohibition has been mentioned against delving into Qadr. Linked to this is the innovation concocted by the Mu’tazila, and those who traverse their path, in their discussion of the Essence (dhat) of Allah, the Exalted, and His Attributes through the medium of rationalization.