Fleeing from the Fire… 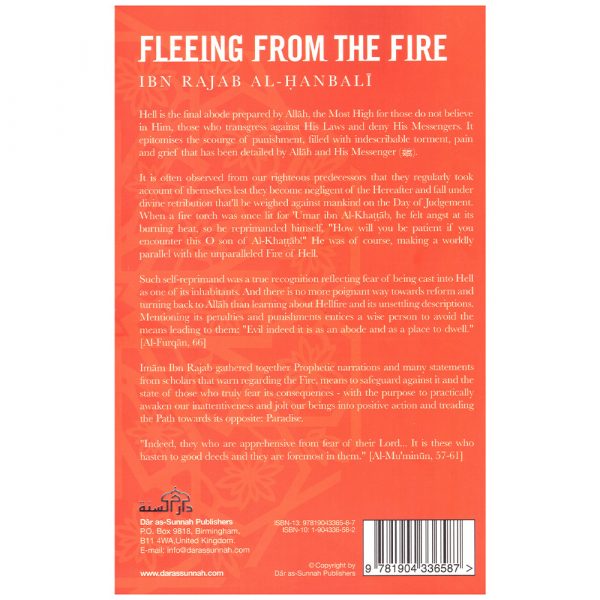 Hell is the final abode prepared by Allah, the Most High for those do not believe

in Him, those who transgress against His Laws and deny His Messengers. It

epitomises the scourge of punishment, filled with indescribable torment, pain

and grief that has been detailed by Allah and His Messenger (peace and blessings be upon him).

divine retribution that’ll be weighed against mankind on the Day of Judgement.

When a fire torch was once lit for ‘Umar ibn Al-Khattab, he felt angst at it’s

burning heat, so he reprimanded himself, “How will you be patient if you

encounter this O son of Al-Khattab!” He was of course, making a worldly

parallel with the unparalleled Fire of Hell.

as one of its inhabitants. And there is no more poignant way towards reform and

turning back to Allah than learning about Hellfire and its unsettling descriptions.

means leading to them: “Evil indeed it is as an abode and as a place to dwell.”

Imam Ibn Rajab gathered together Prophetic narrations and many statements

from scholars that warn regarding the Fire, means to safeguard against it and the

the Path towards its opposite: Paradise.

“Indeed, they who are apprehensive from fear of their Lord… It is these who